Flip to Table of Contents 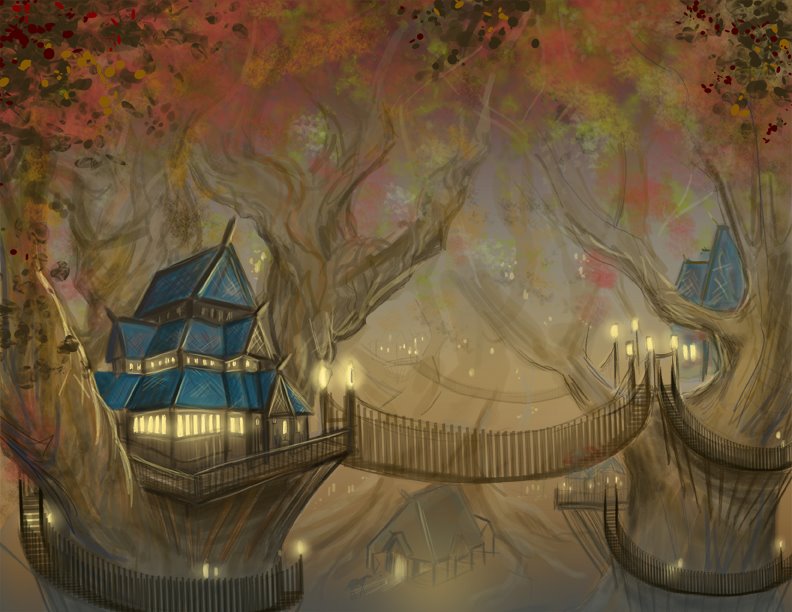 In the beginning, the settlement that would become Solace was frequently attacked by goblins. That prompted the inhabitants to build the houses in the branches of the gigantic Vallenwood trees in the area. Even though the goblin raids slowed down, the city continued to grow in the trees, until everything except the forge and the stables were located above.

The most noteworthy place in town is the Inn of the Last Home. The inn itself is built in the boughs of a Vallenwood tree, and has a reputation for excellent hospitality. The innkeeper, a fat, jovial fellow named Otik Sandeth, is famous for his ale and his delicious spiced potatoes. When the Red Dragonarmy invaded Solace, the inn was one of the few structures not burned.